It is a suburb that is in the local government area of Ku-ring-gai, the traditional land of the Guringgai people. It was formerly known as Rosedale, but the name later changed to St. Ives.

The town’s earliest settlers were more interested in timber gathering and orchards. These were the main activities in the area until the beginning of the 1960s when residential growth began in the area.

Daniel Matthew was the first settler to own land in the area, and he established a sawmill on Cowan and Stoney Creek road. His land grant was called Rosedale which was the first name of the suburb.

The growth of the suburb was initially very slow because it is not very close to the city center. When more market gardeners continued to arrive in the area, the population grew, and the suburb began to develop.

A diary and more industries started to come up. Orchard workers mainly inhabited the suburb but the population surge after the end of the Second World War was very significant. 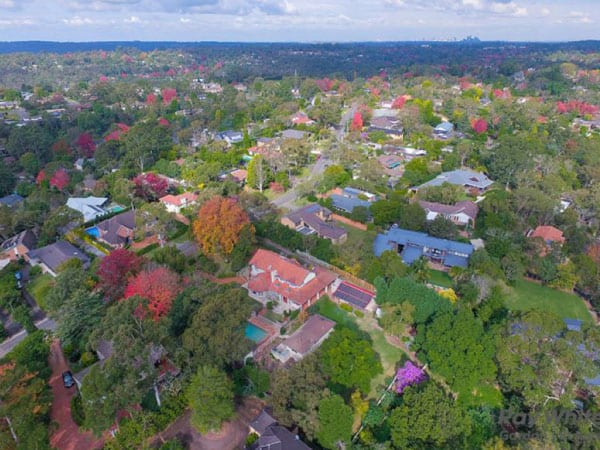 Governor Arthur Phillip led a party of explorers in 1788 through the area, and they discovered that the area produced timber. The timber industry was only just beginning, but the area had great wood to make sturdy cabinets.

Daniel Mathew and John Ayres were landowners in St. Ives who were more interested in the timber industry than in orchard growing. After exhausting the best timber from their farms, they sold their lands to orchard farmers.

The primary activity after the 1860s was mostly orchard farming. After the suburb began growing, orchard farming ended, and there is no form of fruit farming in St. Ives today.

Due to St. Ives first slow growth, there had not been a need for a railway line. It was the only suburb in Ku-ring-gai that had no rail line. The route that was established in the suburb for ferrying timber to Pittwater was the central area of the suburb that developed.

Stoney Creek road was another point of development and an important route for transporting timber.

St. Ives is a multicultural suburb. A Majority of the people who moved to the area after the war were Italians. The suburb had been a prison camp that held Italian soldiers. Other cultures that have since moved into the area include South African families.

St. Ives has many attractions that residents and tourists frequent. The wildflower garden is a favorite stop as well as the Hassell Park. The showground in the suburb is a popular stop for many tourists and popular among locals during the annual reflection of the suburbs history.

Another popular spot for residents is the Ku-ring-gai chase national park that borders St. Ives to the north. Garigal national park is east of the suburb while North Turramurra is on the west. East Killara is the southern neighbor of St. Ives.

The commercial area of the suburb is St. Ives shopping village that has many retail stores. Many shoppers visiting the village often end up in the village green, a very popular park in the area.

Where is St. Ives?